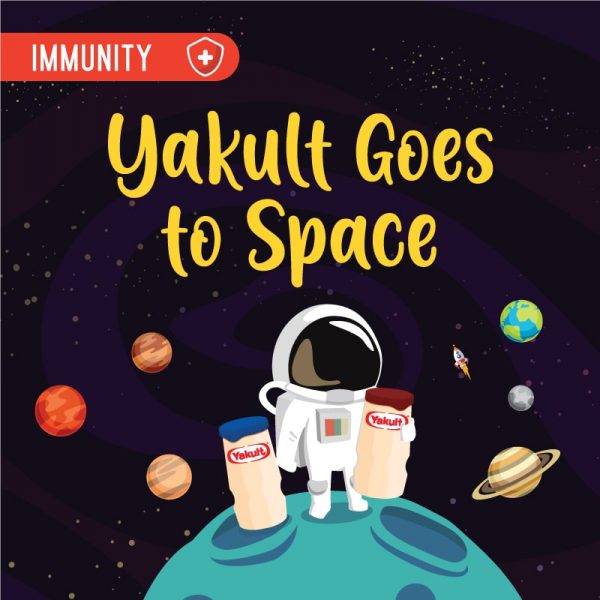 Outer space, or simply known as space begins 100km above the Earth, where the shell of air around our planet disappears. With no air to scatter light rays from sun and produce a blue sky, space appears as a black blanket dotted with stars.

Space is usually regarded as being completely empty but that is not true. The vast gaps between the stars and planets are filled with huge amounts of thinly spread gas and dust. Even the emptiest parts of space contain at least hundred atoms or molecules per cubic meter. Space is also filled with many forms of radiation that are dangerous to the space traveler, also known as astronauts and much of this infrared and ultraviolet comes from the Sun. 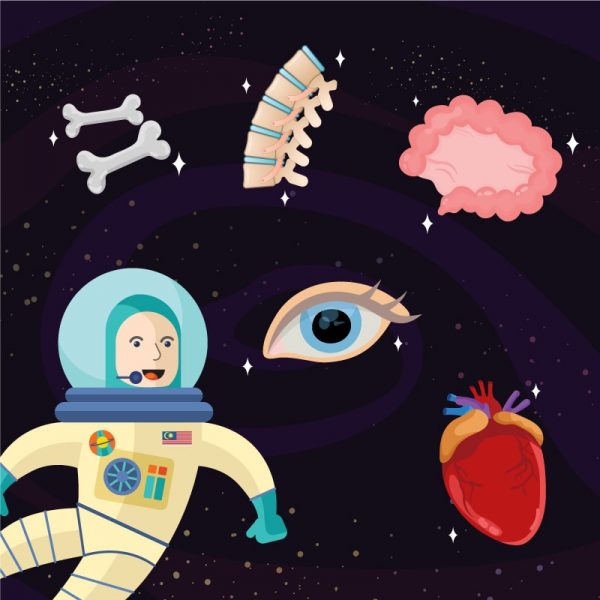 The lack of gravity is the astronauts greatest ally and enemy when exposed to microgravity over a long period of time. Prolonged orbital spaceflight affects the human body both physically and psychologically.

Fluids throughout our body are constantly moving with gravity pushing these fluids down into the legs, while in space, these fluids float into the head and this fluidic drift can be dangerous causing serious conditions including pressure on the optic nerve, which can affect vision. Cosmic rays, the high-energy radiation that originate from outside our solar system which usually absorbed by the atmosphere also create momentary flashes of light which may be damaging to the vision.

When on earth, our bones and muscles work hard to keep us standing still. Without the downward force of gravity, the body works considerably less, causing muscle deterioration and loss of bone density. According to NASA, a one-month orbital spaceflight can cause the loss of bone mass as much as a postmenopausal woman does in a year, causing a large decrease in calcium levels in the blood, which in turn can lead to a host of health issues. Muscles are also not really needed to hold up the body. Over time, muscles become weaker and deteriorate. Therefore, astronauts work out an average 2 hours a day to combat the extreme loss of bone mass and shrinking of muscle.

The heart also slacks off in space just like the bones and muscles. In a microgravity environment, the heart does not have to work as hard as it does on Earth. This can potentially lead to heart muscle deconditioning, making it weaker and smaller. Space radiation may also affect the lining of blood vessels, which could initiate or accelerate coronary heart disease where the arteries that supply our heart muscle with oxygen rich blood become narrowed.

Normally, there is a natural curve in a person’s spine, but in space the lacking of gravity to pull down on those bones will cause the spine to straighten out. As the surrounding muscles weaken, the bones may stiffen further, causing the vertebrae to stack on top of each other and ease the natural curvature. Muscle atrophy around the spine may cause the spine susceptible to injury when astronauts return to Earth.

The intestines digest food, absorb nutrients and water, form stool, and discharge it out of the body. They also protect the body from enemies, because they are always exposed to not only food, but bacteria and other foreign invaders entering from the outside. In other words, the intestines not only digest food and absorb nutrients, they are the largest immune organ in the body.

Astronauts who work in space, which is an extreme working environment of microgravity inside a closed spacecraft are known to experience deterioration of immune function. In healthy individuals, the flexibility and resilience of the immune system allows rapid recovery with little or no adverse effect. However, with high intensity and/or duration of extremes in environment, disrupted circadian rhythms, altered nutrition, and other factors, adverse consequences to the immune system can occur. 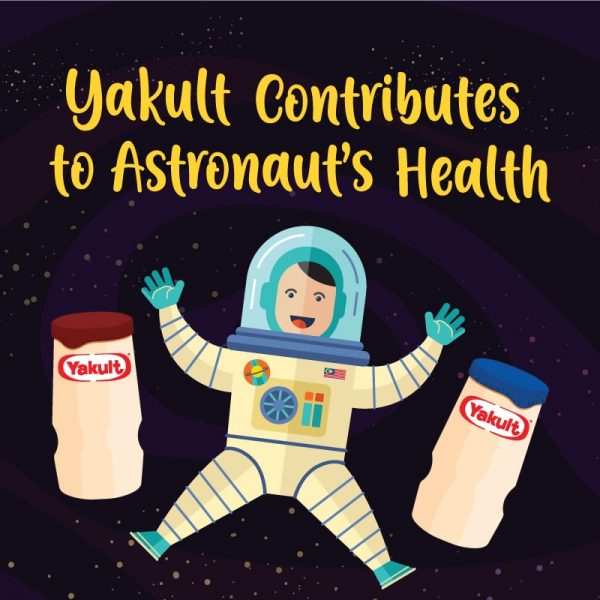 As one of the measures to tackle astronauts’ health issues, the Japanese Aerospace Exploration Agency (JAXA) has signed an agreement with probiotics manufacturer Yakult Honsha (Japan) to study the impact of probiotics on astronauts’ health. This study has commenced in 2016, and examines the effect of daily consumption of the Yakult probiotic drink on astronauts stationed at the International Space Station (ISS) for long periods.

Hiroshima Oshima, JAXA’s Manager of Space Biomedical Research said, “Space is a model for accelerated ageing, so if we can find preventive measures in space, these could be applied on the ground too.” Therefore, this ongoing study also aimed at making contributions to promote people’s health in general by utilizing the knowledge that is gained in the joint research for development of probiotics research on the ground.