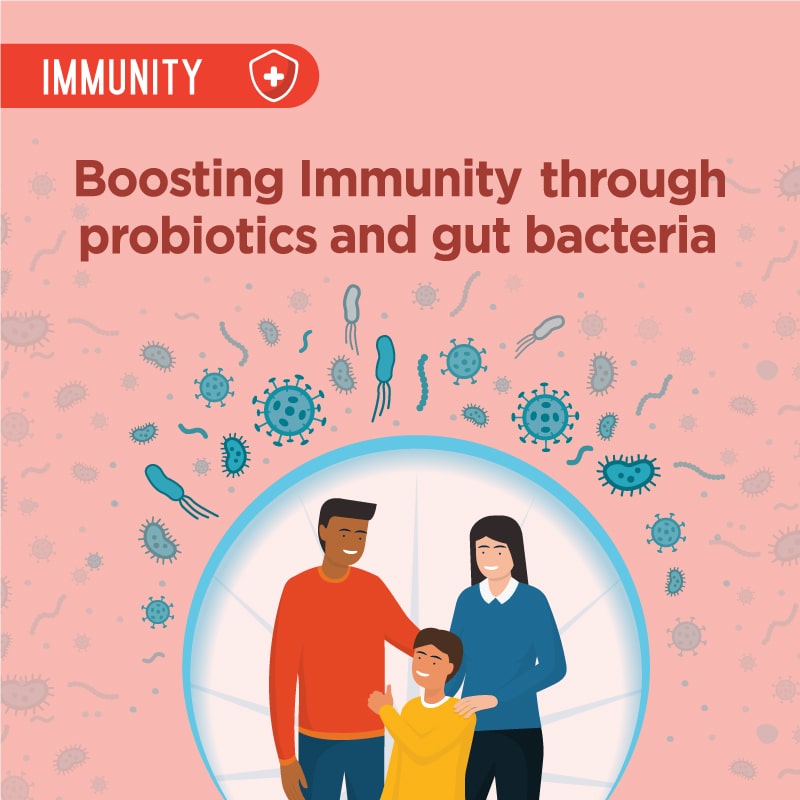 There are many bacteria and viruses around us and they can readily enter our bodies through the nose or mouth when we breathe or eat. A runny nose, coughing and sneezing are part of the mechanisms we have to repel invading bacteria, viruses, and other foreign matter from the body. We also have an ability called immunity that distinguishes between our own body and foreign matter, and eliminates the foreign matter for our protection. The body’s system of immunity is called the immune system.

Without an immune system, we would have no way to fight harmful things that enter our body from the outside or harmful changes that occur inside our body.

Three main tasks of the immune system are: 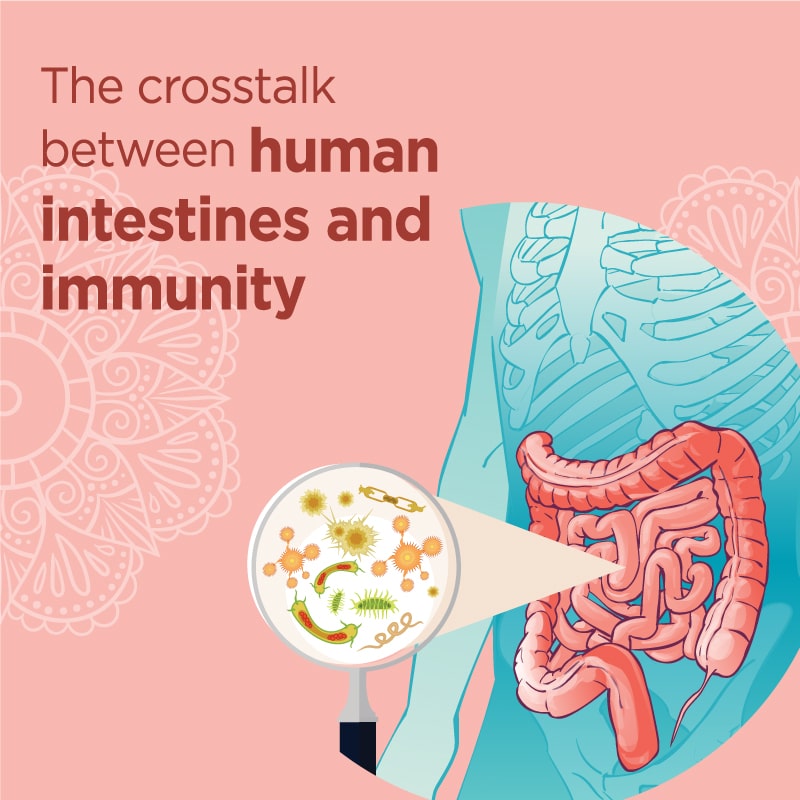 The crosstalk between human intestines and immunity

The human intestines are not just an organ for digesting food and absorbing nutrients. 70% of the immune cells in the human body reside in the intestine, making it the body’s largest immune organ. Immune cells die and new ones are born every day. They do not have the strength to fight with enemies from the beginning, so they train themselves by gaining experience in the field and develop the strength to defeat bacteria, viruses and cancer cells. However, the cells cannot gain experience if the opposing forces are too strong. Since a great variety of bacteria dwell in the intestines, the intestinal bacteria train the immune cells by fighting with them in a well-balanced manner to gain experience. 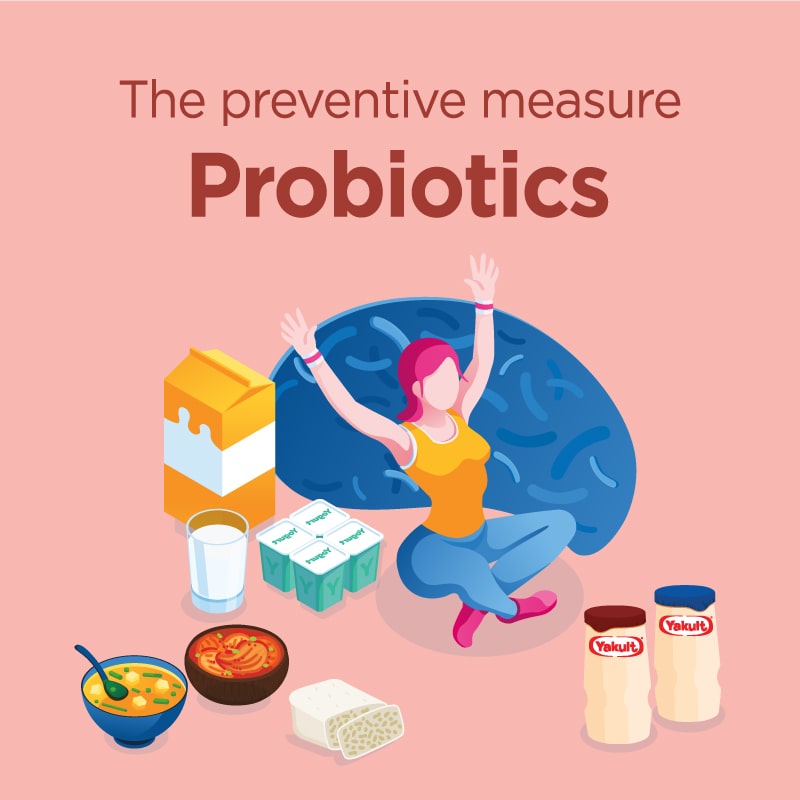 Probiotic capsules and powders can be easily bought from the pharmacies, and many are consuming these products on a regular basis as a type of health supplements. Other than purchasing probiotics over the counters, probiotics can also be found in the form of food and beverage. Fermented food such as yogurt, probiotic drink or cultured milk drink, kimchi, tempeh and miso are a few to mention.

Many studies have been conducted on probiotics showing their benefits on human health. Benefits suggested include weight loss, improved digestion, enhanced immune function, reduce risk of certain cancers and diseases. While there are many strains of probiotics available in the market, it is important to recognize the strain that you are consuming, to determine the health benefits that you may receive from the probiotics.

The Malaysian Ministry of Health has acknowledged the benefits of probiotics in the form of food and beverage under the Malaysian Food Act in 2017. Probiotics has been recognized to be able to improve overall gut function which indirectly regulate immune system too.

Probiotic capsules or powders may be easily available in pharmacies but they might not be pocket-friendly. Yakult is a type of probiotic drink, founded in 1935 by a Japanese doctor, Dr. Minoru Shirota. Dr. Shirota created the cultured milk drink by using a unique probiotic strain, Lactobacillus casei Shirota strain, which is strong enough to withstand our digestive juices and to survive into our intestines.

The natural killer cells (NK cells) play an active role in natural immunity. They exist everywhere in the body. If cancer cells or virus-infected cells are found, NK cells launch attacks to repel them immediately.

People aged 60 or above may have a lower NK cell activity than those aged 35 or younger.

A poor lifestyle such as smoking, unbalanced diet, lack of sleep, stress, excessive drinking and lack of exercise can result in obesity. It is said that obesity is associated with weakened immune strength.